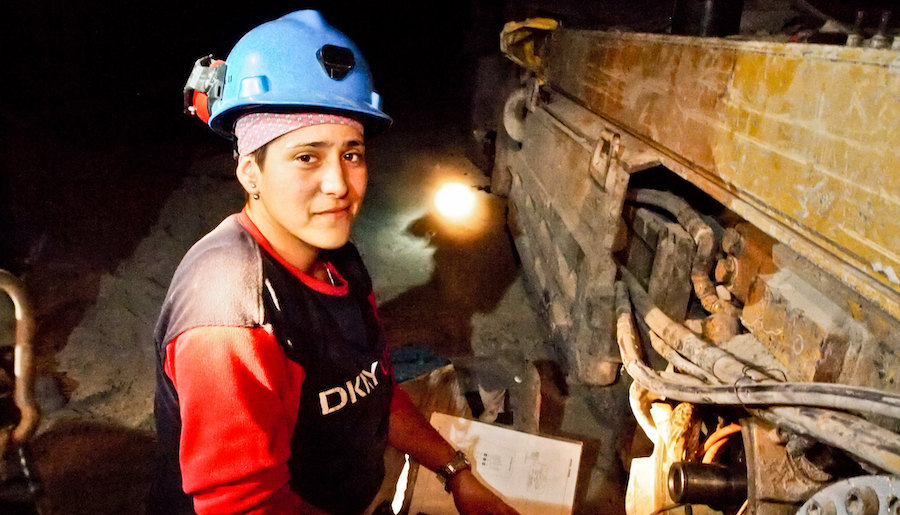 Following the gender session held this at this year’s PDAC, where gender balance in the industry and the #MeTooMining initiative were discussed, the Responsible Mining Foundation issued a summary report related to the topic.

The summary is based on a chapter of RMF’s 2018 Responsible Mining Index and it presents an assessment on the performance of 30 of the most important mining companies in the world when it comes to the properly integrating women into their workforce.

“The RMI 2018 results reveal that most of the 30 companies assessed show little or no evidence of efforts to strengthen the gender balance of their leadership and governance teams,” the summary reads. “The companies scored an average of only 4.5% on the question of implementing interventions to bolster the diversity and inclusivity of their boards and senior management. These results tie in with other research that has shown very low levels of women’s participation at these levels.”

Chile’s Codelco is a good performer when it comes to gender issues as it has established company-wide principles and guidelines on the provision of gender-appropriate bathrooms, changing rooms, work clothes, PPE, and rooms for women workers to express and store breastmilk. Photo by Codelco.

According to the Switzerland-based non-profit, there is also room for improvement beyond board and senior management levels as their estimates suggest that women occupy approximately 10% of jobs in the large-scale mining sector.

“Gender-based bias and discrimination in hiring practices play a role in this, as do work schedules that interfere with family responsibilities and cause social isolation, making mining work unattractive for many women,” the RMF document states.

The organization based the previous statement on its experts’ believe that there is persistence of old paradigms within the industry, such as the outdated idea that women are not strong enough to work in underground mines.

For instance, the report brings back the fact that South Africa repealed a ban on women underground miners just a decade ago while India did the same only this year.

In the RMF’s view, companies stand to benefit from having more women in their workforces. “Higher female workforce participation can also raise attendance and retention rates and reduce organisational risks within businesses. Mine managers cited that greater gender diversity fostered innovation and improved team dynamics and communications.”

The NGO refers to managers in companies such as BHP, where there is a plan of action to achieve gender parity in all divisions by 2025, and Newmont, where the plan is to achieve gender parity in senior management by 2030, with a near-term goal of women holding at least 30% of senior roles. Similar targets exist at AngloGold Ashanti and AngloGold American.

The gender chapter in the Responsible Mining Index concludes with a call to increase safety measures for women working in the mining industry, particularly after a Canadian study revealed that almost 40% of women working in mine sites reported having experienced harassment in the last five years.

“It is at the mine-site level where women are most vulnerable to unsafe and hostile working conditions,” the dossier reads. “The RMI 2018 results show that the vast majority of the assessed companies are unable to demonstrate that they have systems in place to ensure the provision of gender-appropriate PPE [Personal Protective Equipment] for their women workers: over 75% of the companies assessed scored zero on this question. And while many have policies in place to prevent sexual harassment, 75% of the companies show no evidence of systematic measures to prevent harassment of women workers.”