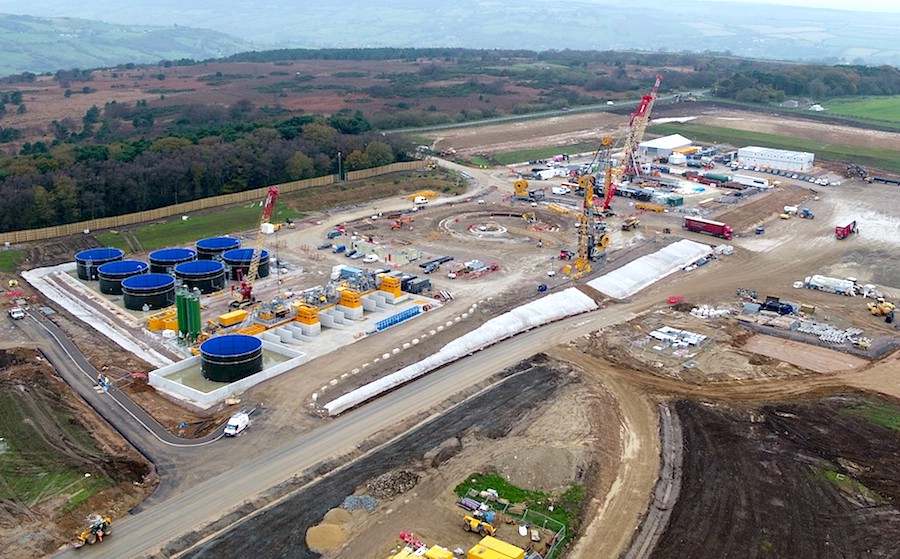 Construction at the Woodsmith mine. (Image courtesy of Sirius Minerals.)

Shares in Sirius Minerals (LON:SXX), the British company building a huge potash mine beneath a national park in North Yorkshire, were off to the races on Tuesday as it has come up with an alternative financing plan for the project.

The miner, which has been looking for a loan to develop Britain’s biggest fertilizer mine since 2016, said it had received a conditional proposal from an unnamed financial institution for the $3 billion senior debt it needs to move forward with the project.

In January, the company said it had made progress towards obtaining commitments from lenders and adjusted the financing requirements to focus on a $3 billion three-tranche structure, rather than two parts. It also said those tranches would be drawn sequentially and linked to construction milestones.

That plan is now on hold as Sirius said it could be replaced by the new proposal’s alternative senior debt structure, which it aims to conclude by the end of next month.

The Woodsmith mine, poised to be one of the world’s largest in terms of the amount of resources extracted, is set to generate an initial 10 million tonnes per year of polyhalite – a form of potash that is used in plant fertilizers –, before it enters a second phase that will double that production to 20 million tonnes a year.

The operation would involve sinking two 1.5km shafts below a national park on the North York Moors and is expected to create about 1,800 jobs during construction and 1,000 permanent positions once it opens, in May 2021.

The ore will be extracted via the two mine shafts and transported to Teesside on the world’s longest underground conveyor belt via a 37km-underground tunnel. It will then be granulated at a materials handling facility, with the majority being exported to overseas markets.

The company’s shares climbed 7.6% to 19.36p on the announcement, but the stock has fallen from a peak of around 30p over the last six months. 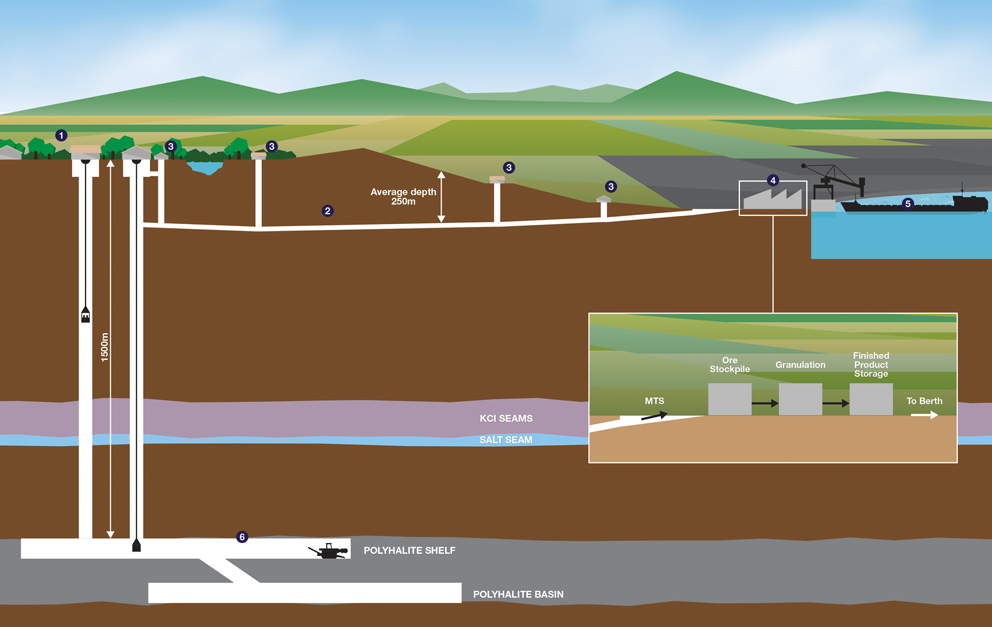 This is how Sirius plans to extract polyhalite. (Courtesy of Sirius Minerals.)