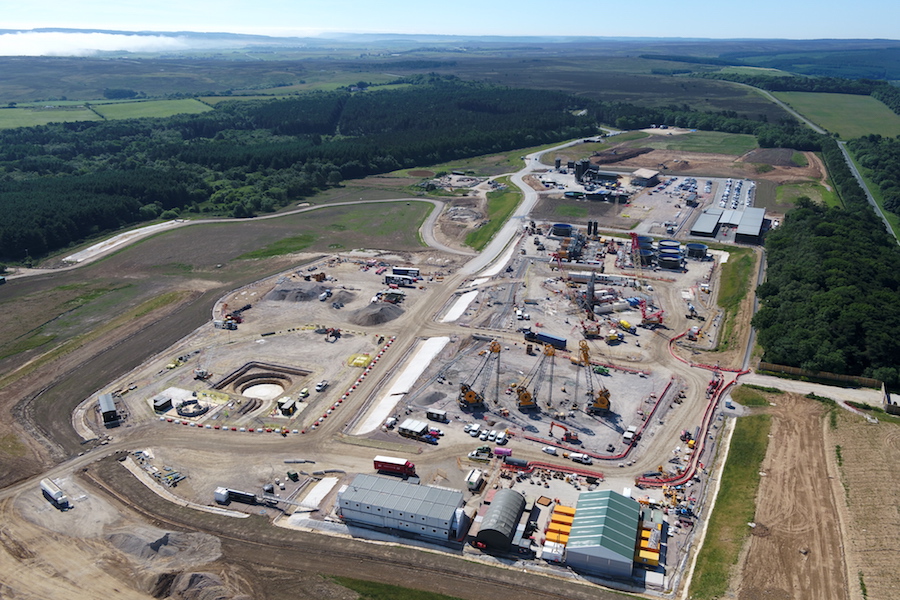 Sirius Minerals (LON:SXX), the British company building a huge fertilizer mine beneath a national park, has signed up Wall Street giant JPMorgan to provide financing in the form of bonds and credit up to about $3.8 billion.

The bank is underwriting a $400 million share placement, launched on Tuesday, at a price between 15p to 18p per  share. It is also using its balance sheet to provide a $2.5 billion revolving credit, or overdraft facility, which JPMorgan plans to syndicate to other lenders.

The backing, Sirius Minerals said, would be enough to build its Woodsmith polyhalite mine in North Yorkshire and have it in operation by 2021.

“Today’s announcement provides a clear pathway to a fully financed project in the months ahead, while enabling us to progress construction at full speed,” chief executive Chris Fraser said in a statement.

Besides the share placing, Sirius is also hoping to raise $400 million from the sale of convertible bonds, also underwritten, as well as $500 million of senior debt.

Woodsmith, poised to be one of the world’s largest in terms of the amount of resources extracted, will generate an initial 10 million tonnes per year of polyhalite, a form of potash that is used in plant fertilizers. That figure is expected to double once running at full tilt, estimated to be by 2024.

The operation involves sinking two 1.5km shafts below a national park on the North York Moors, and it is expected to create about 1,800 jobs during construction, as well as 1,000 permanent positions once it opens.

The ore will be extracted via the mine shafts and transported to Teesside on the world’s longest underground conveyor belt via a 37km-underground tunnel. It will then be granulated at a materials handling facility, with the majority being exported to overseas markets.

Sirius had originally said it would raise $1.5B of commercial debt and $1.5B of loans backed by the UK government.  That plan was revised in March, when it said it had received a conditional proposal from an unnamed financial institution for the $3B senior debt it needed to move forward with the project, in the works since 2016.

“Although risk is inextricably linked to the financing of mining projects, Sirius faces more challenges than most,” CRU Group potash analyst, Humphrey Knight, told MINING.com. “Principally, this is because polyhalite remains a niche fertilizer product, the market for which in 2018 was around 30 times smaller than Sirius’ planned production.”

According to the business intelligence company, potassium magnesium sulphate, or SOPM fertilizers, (polyhalite is one of them) accounted last year for about 3.4% (2.5 million tonnes) of the total 74.3 million tonne potash fertilizer market. The most popular form of potash, potassium chloride, comprised around 90%.

“Evidently, Sirius’ plans to sell 10.7 million tonnes per year of its product – more than four times the current size of the SOPM industry – would fundamentally change the current structure of the fertilizer market,” Knight noted. ” Demand growth alone is highly unlikely to absorb such volumes, and Sirius will have to compete vigorously with incumbent potash and fertilizer producers to build such a market share.”

Shares in the company fell as much as 19% to 17.72 pence on the news — their lowest in more than a year. The drop, likely a market reaction to the higher funding costs and dilution from the share placing, shrunk Sirius’ market capitalization to about $854m from $1B a week ago.