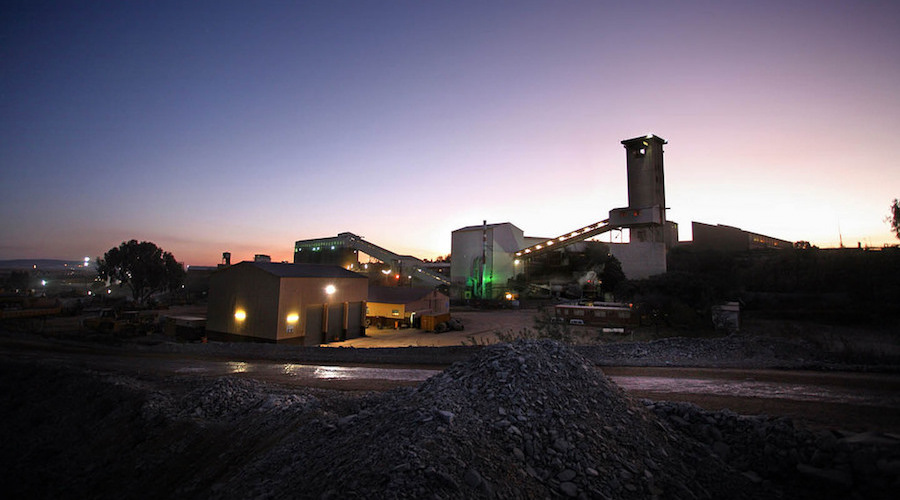 First on the agenda for wage negotiations is Sibanye’s Rustenburg platinum mine, pictured here. Photo by Sibanye-Stillwater.

South Africa’s largest gold producer Sibanye-Stillwater (JSE:SGL) (NYSE:SBGL), as the other top gold and platinum producers in the country, are preparing to hold wage negotiations in Q2-2019, and are bracing themselves to what is coming up, in particular with the belligerent Association of Mineworkers and Construction Union or AMCU.

AMCU was responsible leading 70,000 mineworkers in the longest, most costly wage negotiation in South Africa’s history – the 2014 platinum strike. Existing contracts were signed after this massive action.

First on the agenda will be Sibanye-Stillwater’s Rustenburg platinum mine, where an accident trapped 1,800 workers underground for a few hours this week and where the existing wage agreement expires in June.

According to risk and strategic consulting firm Verisk Maplecroft, Sibanye is the company with the second largest exposure to AMCU workers and following the completion of the proposed acquisition of British platinum producer Lonmin (JSE: LON)(LSE:LMI) and its Bushveld Complex, it will take the first spot in this regard.

“Luckily, for the company, its war chests are full. Sibanye-Stillwater has sold 5% of its share capital in preparation to stave off AMCU’s advancements, lowering debt and reducing its EDBITDA ratio from 2.3x to 2.5x,” Verisk Maplecroft experts said in a recently published report.

Despite the fact that at current prices and costs over 60% of South Africa’s platinum mining industry is loss-making or marginal, the consultancy believes that Sibanye-Stillwater’s preparation has put it in a position where it can afford above-inflation wage hikes, which would entail an opening offer of a 5.5% annual wage increase. “The question is whether it’s willing to pay out to avoid a scene. We expect so,” the document reads.

This forecast comes after the miner reached an agreement in mid-April with AMCU to put an end to a five-month long strike affecting its gold operations. The action caused $114 million in losses and about 110,000 ounces of missed gold output.

To be able to settle the dispute, the Johannesburg-based company agreed to sign the 2018 three-year wage agreement previously inked with National Union of Mineworkers or NUM, Solidarity and UASA on wages and conditions of service from July 2018 to June 2021; make a one-off payment of $285 to all gold employees in the form of cash or a voucher; make a cash advance to be repayable over 12 months; and transport AMCU members back to work.

AMCU, on the other hand, committed to concluding a peace pact within 30 days and to not pursue further appeals.

In the view of Verisk Maplecroft, these recent labour-related developments give Sibanye-Stillwater room to negotiate. “AMCU overplayed its hand. The union was forced to halt the industrial action at Sibanye- Stillwater’s gold mines after striking workers could no longer afford to forfeit their wages and defected to its rival, the National Union of Mineworkers,” the firm’s analysis states. 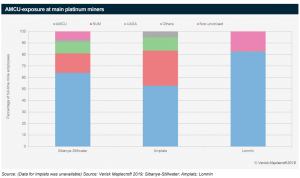 In addition to this, the British market analyst says that it is important to pay attention to the political context in which these negotiations are taking place. On May 8, 2019, general elections are to be held and AMCU’s gold strike is being seen as an attempt to hit President Cyril Ramaphosa, whose African National Congress is seeking to retain its majority status and secure him a full term in office as president.

But given that the strike ended up forcing workers towards the NUM, the political effects AMCU was looking for were diluted. As this happened, the NUM aligned with Ramaphosa’s party through its alliance with the Congress of South African Trade Unions.

At the same time, the labour ministry announced measures to de-register AMCU for breaking trade union rules as it has not held a national congress in more than five years, calling into question the mandate of senior officials.

“If de-registered, it would not be able to operate as a trade union. Workers would likely associate with other unions following a sharp loss in influence and funds,” Verisk Maplecroft’s report reads. “Yet the elimination of a negotiating partner would also drive the short-term unrest outlook in mining communities loyal to the AMCU message, including those working in the platinum industry in the Bushveld Complex. Wildcat strikes and operational disruption would be the order of the day.”

If this unlikely scenario plays off, the analyst says South Africa will require several years of regulatory stability and concerted action to tame the power of militant labour in order to repair its reputation among investors.