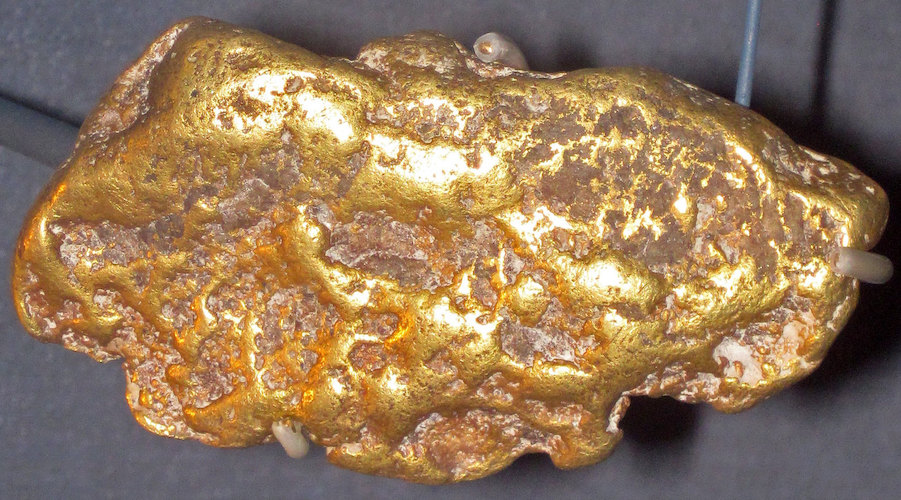 Scientists at Northwestern University have experimentally replicated a medieval gold purification method employed by West Africans in the 10th and 11th centuries.

The researchers followed a technique initially described in a 2014 paper by archaeologist Sam Nixon, in consultation with Thilo Rehren, a specialist on ancient materials and technologies. Their description of the method was based on a series of clay crucibles and coin molds flecked with gold they found at an excavation site in Mali in 2005. 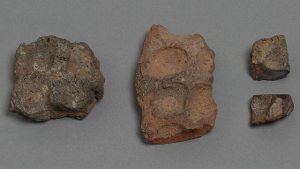 Coin mold fragments excavated at the site of Tadmekka, Mali. These are archaeological remnants of medieval gold processing. Photo by Clare Britt, The Block Museum of Art.

In the scientific article, the researchers explain that people from the Malian town of Tadmekka used to heat a mixture of gold, sand and glass at high temperatures to separate out the gold.

Inspired by these findings, Marc Walton, research professor of materials science and engineering at Northwestern’s McCormick School of Engineering, decided to replicate the technique.

With the help of former postdoctoral fellow Gianluca Pastorelli, Walton used sand from nearby Lake Michigan, gold dust and recycled glass, and conducted a reduced version of the original process. The gold dust was melted and filtered through crushed glass to purify it. Copies of the original clay thumbprint molds were then used to cast replica blank coins in bronze instead of gold, due to the precious metal’s high cost.

“We proved this innovative process of purifying gold works,” Walton said in a press release. “These medieval Africans, at a confluence of trade routes in the Sahara, were sophisticated in their use of available materials. Their technique of percolating raw materials through molten glass had not been seen before. It is unique to the archaeological record.”