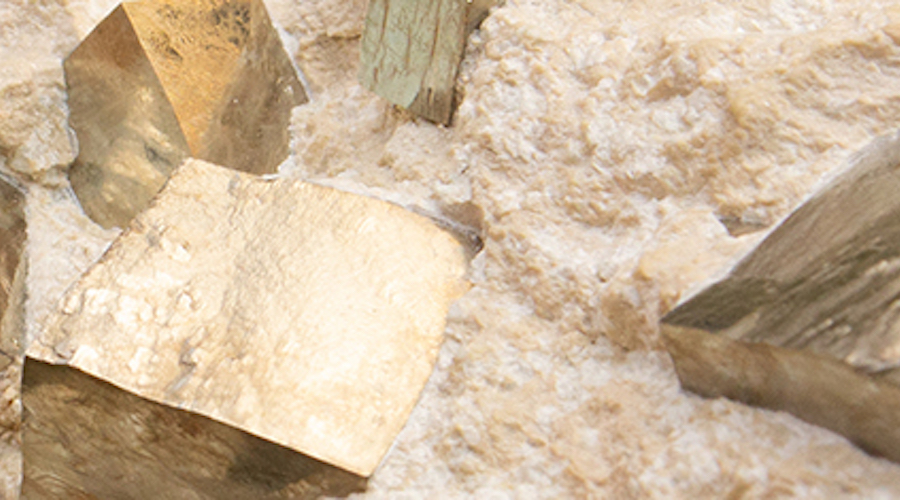 A team of German scientists published a paper this week where they state that, following a series of lab experiments, they discovered that the concentration of gold in the so-called ‘fool’s gold’ is directly dependent on the content of arsenic in the pyrite where the gold is encrusted.

Fool’s gold is very common in the Carlin-type gold deposits that are found in Nevada. In those areas, which are responsible for 75% of the US production of the yellow metal, gold does not occur in the form of nuggets or veins, but it is hidden together with arsenic in tiny pyrite rims that grow on older grains that originate from sedimentary rocks.

To recover the precious metal, miners have to resort to chemical extractions because it is bound to the pyrite and has whole rock concentrations between one and tens of grams per ton of rock material (1000 to 10.000 ppb).

According to the researchers at the Helmholtz Centre Potsdam – German Research Centre for Geosciences GFZ, their experiment showed the crucial role of the element arsenic in extracting gold from hot solutions probably from magmatic systems, passing through the rock. “The higher the concentration of arsenic, the more frequently gold chemically binds with pyrite. The shape of the older pyrite is also important: the larger the surface area of the mineral, the more gold can accumulate,” the team said in a press release issued by their institution.

To conduct their experiments, the group led by Christof Kusebauch used iron-rich carbonates and sulfur-rich solutions to synthesize their ‘fool´s gold’ crystals. Once they did this, they were able to show that the partition coefficient which controls how much gold is incorporated into pyrite depends on the amount of arsenic.

“The major challenge was to experimentally grow gold and arsenic bearing pyrite crystals that were big enough to analyze,” Kusebauch said.

The experts believe the new findings may help in the discovery of new gold deposits. “The experiments show that if hot solutions containing gold and arsenic from magmatic sources pass through sedimentary rocks with large amounts of small ‘fools gold’ grains present, large gold deposits can be formed,” their media statement reads.