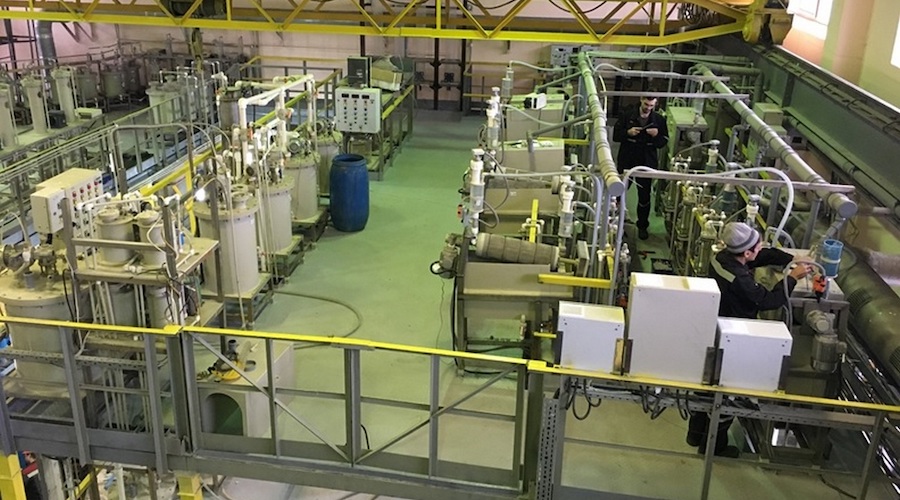 Researchers at Russia’s Ural Federal University, known by its initials UrFU, are working on a method for extracting non-ferrous and noble metals from hard-to-process ores.

In such ores, valuable components like gold and platinum group metals may be present as nanoscale particles, they may be disseminated into the minerals’ sulfide matrix, or there may be rich in highly-toxic compounds as arsenic or antimony.

“Even modern high-intensity methods, such as ultrafine ore grinding, bacterial leaching, high-temperature autoclave oxidation, do not always allow to achieve acceptable rates for the extraction of non-ferrous and noble metals,” Denis Rogozhnikov, the project’s supervisor, said in a media statement. “In this regard, it is of particular importance to search for ways to open such resistant ores and to further isolate gold, silver or platinum metals in order to reduce their losses at various stages of the technological process.”

According to Rogozhnikov, the goal of the research is to study the physicochemical patterns and mechanisms of nitric acid dissection of resistant sulfide minerals containing non-ferrous and noble metals.

Once the process is understood, the scientists want to create an integrated technology for hydrometallurgical processing of such complex materials, carry out a project feasibility study, test it on a pilot scale and build industrial enterprises to process these types of raw materials based on nitric acid leaching.

“The fundamental task of developing a process for using the nitrous gases formed during leaching without their removal from the system in a closed cycle will be solved,” Rogozhnikov said.

The researcher also suggested that an important advantage of the technology is that the industrial waste generated is environmentally friendly because the resultant compounds are insoluble, compact and not subject to the effects of natural atmospheric conditions.