Only one-eighth of the solar system should be mined – study 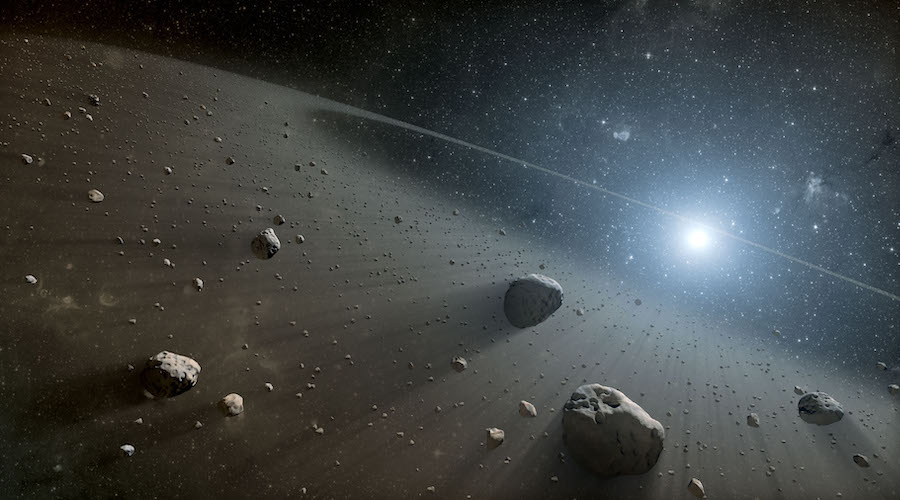 Reference image. An asteroid belt around the bright star Vega. Photo by NASA/JPL-Caltech.

Martin Elvis, senior astrophysicist at the Smithsonian Astrophysical Observatory in Cambridge, and Tony Milligan, a philosopher at King’s College London, collaborated on a study that concludes that humans should be allowed to mine only one-eighth of eligible planets, moons and asteroids, leaving 85% of the solar system untouched.

As companies get closer to developing technologies that allow them to extract mineral resources from outer space bodies, the researchers consider the discussion regarding what will be allowed and what will not has to happen now.

“If we don’t think about this now, we will go ahead as we always have, and in a few hundred years we will face an extreme crisis, much worse than we have on Earth now,” Elvis told The Guardian. “Once you’ve exploited the solar system, there’s nowhere left to go.”

The researchers base their predictions on the fact that, for example, the global production of iron has doubled once every 20 years since the 1800s, from some 450,000 tonnes to about 2 billion tonnes in 2016.

Given humanity’s never-ending desire for more, Elvis and Milligan predict that if the growth rate of mining in the solar system is of 3.5% per year, the one-eighth of the mineable solar system would last for 400 years. The foundations that underlie this hypothesis are the estimated amount of precious metals, minerals and other materials that exist outside our planet, such as the amount of iron contained in the asteroid belt, whose eighth part is more than a million times greater than all of the Earth’s iron ore reserves.

In the researchers’ view, four centuries should be enough time for Earthlings to find other sources of minerals or solutions to their technological needs.