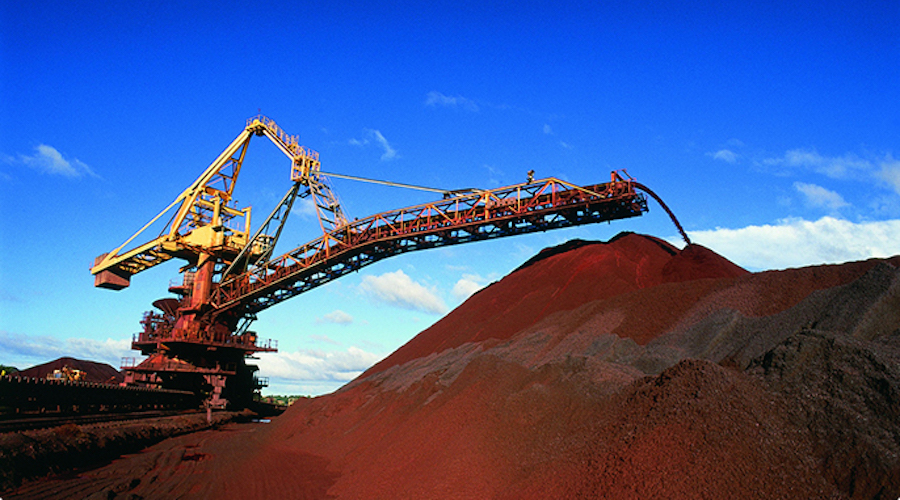 In a recent report, Fitch Ratings states that the rise in iron prices to over $90/dmt in April should provide cash flow windfalls for global iron ore producers through 2020, even though such prices are expected to eventually stabilize at the ~$75/dmt mark.

The credit ratings and research division of the Fitch Group does not foresee the price of iron ore going below $70/dmt any time soon due to the tighter supply following Brazil’s Vale dam collapse in Brumadinho in January and subsequent idling of mines across the state of Minas Gerais, as well as the heavy rains registered in the northern part of the South American country, which have affected some production in Vale’s Northern System. “The idled Brazilian mines represent 93 million metric tons of annual production.”

Supply is also tight due to a series of cyclones affecting Australia, which damaged Rio Tinto’s port and disrupted exports from Fortescue Metals Group and BHP.

In Fitch’s view, Australian companies could lose up to a combined 25 million metric tons of production in 2019, particularly after Rio Tinto and BHP both confirmed that this year’s production would be lower due to the storms.

Meanwhile, demand is expected to remain constant, particularly that of China, which represents around 60% of global iron ore consumption. This is because the central government has decided to put forward stimulus measures such as reducing value-added taxes and promote further infrastructure development.

Lower supply, healthy demand and higher prices mean extra resources filling up miners’ coffers. According to the market research firm, this should benefit the credit profiles of iron ore producers, particularly that of Vale, which received a BBB-/Rating Watch Negative following the Brumadinho disaster. However, the additional cash flow could also benefit the credit ratings of BHP Group and Rio Tinto, graded with an A/Stable; CAP, which got a BBB-/Stable; Companhia Siderurgica Nacional, that earned a B-/Stable, and Fortescue Metals Group, which got a BB+/Stable.

For Fitch’s experts, miners should not wait to use additional funds to improve their credits because supply is expected to eventually go back to normal as, for example, Fortescue resumed shipments less than a week after port disruptions, while a state court in Minas Gerais partially suspended its injunction halting Vale’s Brucutu mine production, which means that some of its annual production of 30Mmt will reach the markets.

“Our iron ore price deck for rating purposes currently stands at $75/dmt for 2019. We expect some of the supply tightness and market dislocation to be transitory, the gap of lost production to narrow, and the price of iron ore to soften in second-half 2019,” the report concludes.