Community around MMG’s Las Bambas mine holding its breath 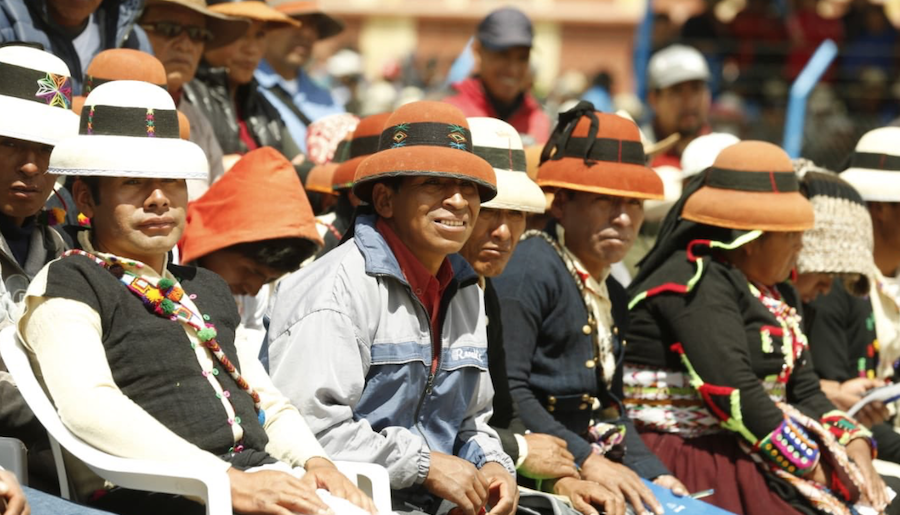 Members of the Nueva Fuerabamba community at a town hall held at Las Bambas on April 11, 2019. Photo by the Ministers Cabinet of Peru.

Following a two-month blockade that ended in mid-April, negotiations are still ongoing between Peruvian authorities, the community of Nueva Fuerabamba and Minera Las Bambas, a joint venture project between MMG, a wholly-owned subsidiary of China’s Guoxin International Investment, and CITIC Metal Co. Ltd.

On May 6 and 7, a new meeting is to be held as the community is pushing for two bills before Congress, namely an initiative that would give amnesty to its members who took part in the recent protest action and in those that have taken place since 2011, and a project to change some articles in the Penal Code and in the law against organized crime so that protests are not criminalized.

In different interviews with local media, the president of the Nueva Fuerabamba community, Gregorio Rojas, said that he trusts the promises made by the Chief of Cabinet Salvador del Solar and the Judicial Power regarding those participating in the blockade will come to fruition, despite the fact that he has not seen concrete actions being taken.

“We really hope that the Congress will help us out,” Rojas said and recognized as a good first step the fact that the Judicial Control Office sent new judges to Apurímac to review the files related to the conflict, which the community says may not reflect what really happened. He admitted, however, that not everyone can receive amnesty as some people may have used the protest as a backdrop to commit crimes.

Yet, the activist reiterated that it is crucial to resolve the situation regarding legitimate protesters because the more this is delayed, the later the rest of the points established in a deal signed with the community, the miner and the State on April 7, 2019, are discussed.

Rojas said that they are not opposed to mining in the area but they want companies to play by the rules, respect communities and the environment, and fulfill their social responsibility commitments. He also said community demands should not be punished and suggested that new actions may take place if there is no advancement in the amnesty front.

Such actions would be a new closure of their farmland, which is cut by the Corredor Minero del Sur (Mining Runway of the South) in the southern-central region of Apurímac. The runway is used by MMG to get its copper concentrates from the massive Las Bambas mine, which produced some 385,000 tonnes of copper last year, to the port of Matarani for shipment.

According to Reuters, local people say the government illegally turned the road into a national highway to be able to ink a deal with the Asian company.