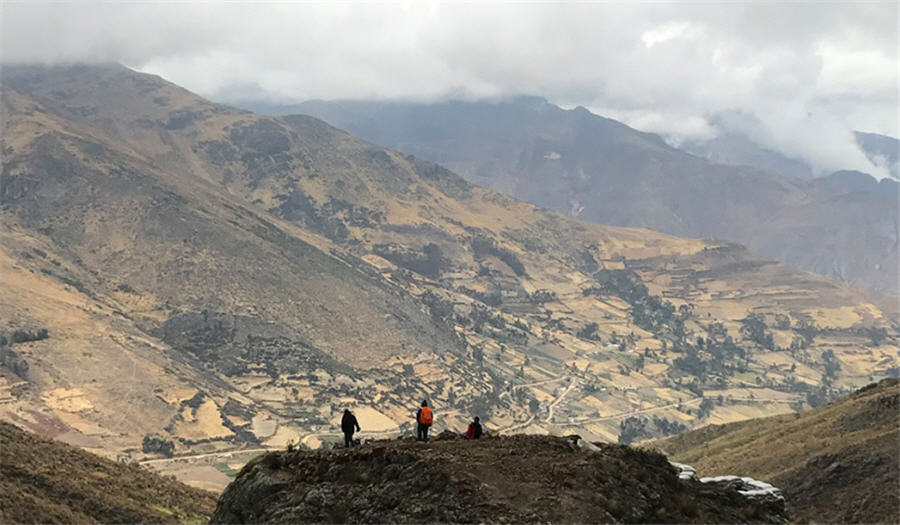 One of the largest gold mining companies in the world has taken a shine to Chakana Copper (TSV: PERU) and its Soledad project in Peru. Gold Fields (NYSE: GFI) is spending C$8 million to buy 15.69 million Chakana shares at C$0.51 per share for a 16.14% stake in the junior.

The proceeds will be used to advance exploration and development of the Soledad copper-gold-silver project, 260 km northwest of Lima and 35 km south of Barrick Gold’s Pierina gold mine.

Since exploration began in August 2017, Chakana has drilled four of 17 confirmed breccia pipes at the project, pinpointed another 12 targets, and tripled its land position in the district to 31 square kilometres.

“Gold Fields was exceptionally thorough in their due diligence, bringing a large multi-disciplinary team to site and reviewing all major aspects of the project from a mining, environment, and social perspective, ” Chakana’s president and CEO, David Kelley, told The Northern Miner. “Gold Fields was impressed with the upside potential of Soledad, not just the large number of tourmaline breccia pipes we have yet to drill, but also the potential of a much larger deposit driving the breccia pipes.”

The company drilled 25,200 metres in 94 holes in its first round of exploration at the project, and plans to drill another 20,000 metres from 120 drill pads this year.

Chakana has reported drill results from three of the four breccia pipes it has tested so far — Bx1, Bx5 and Bx6 — all of which contain pervasive mineralization and are vertically extensive.

Bx1 has been drilled down to 490 metres’ depth and remains open. Highlights include hole 17-18, which returned 209 metres from surface of 1% copper, 2.22 grams gold per tonne and 70 grams silver per tonne, for a 3% copper-equivalent grade.

Chakana has also found a blind breccia body 40 metres north of Bx1. Unlike the Bx1 pipe, which outcrops, the top of the blind pipe is 125 metres below surface. The company’s geologists believe it’s possible that the two pipes coalesce at depth.

The company has over 60 targets to explore based on a surface exploration program consisting of detailed mapping of rocks and alteration, rock and soil sampling, and time-domain electromagnetic surveys around each of the breccia targets.

Chakana is earning a 100% stake in the northern part of the project over four and a half years from Condor Resources (TSXV: CN). The original agreement included a 2% net smelter return royalty for Condor, but Chakana recently repurchased half of it. The C$565,000 cost consisted of $275,000 in cash and 900,000 Chakana shares, or a steep discount to the $2 million price in the original option agreement.

(This article first appeared in The Northern Miner)