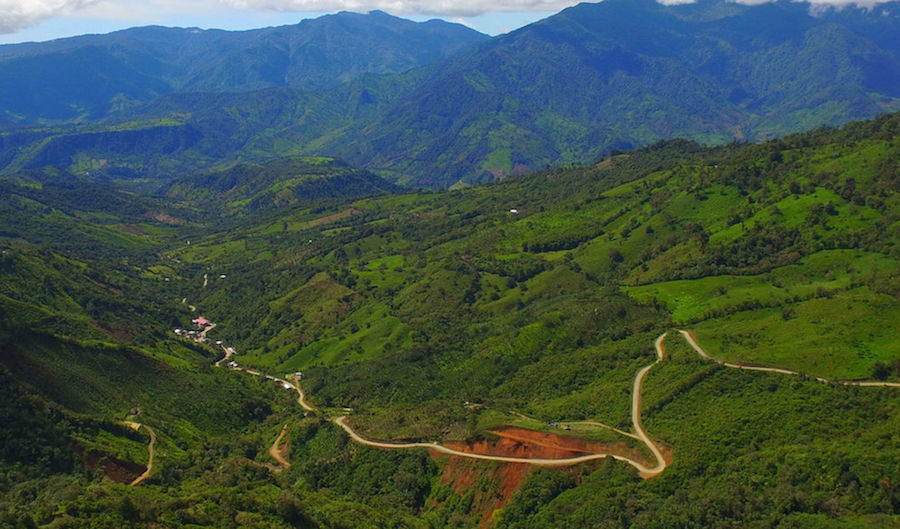 Mapping and sampling, SolGold said, has extended copper-gold mineralization at Cacharposa Creek on Porvenir, located in southern Ecuador.  The samples, the company noted, show similar veins to its other major target, Alpala, on its flagship Cascabel copper-gold project in the country’s north.

SolGold has also found similar results at Porvenir’s Mula Muerta Creek, and it believes both targets are part of the same system, comprising an 800 metre-wide corridor over 1,200 metres long.

“The 150-metre long channel sample is significantly longer and richer than the 50-metre long discovery outcrop at Alpala in the Cascabel tenement, which has so far yielded a contained resource of 23 million ounces of gold and nearly 11 million tonnes of copper,” chief executive Nick Mather said in the statement.

He added that the Porvenir system had the hallmarks of a “significant discovery.”

The Australian miner, which holds 72 mineral concessions in Ecuador through four subsidiaries, said it planned to carry out drill testing and ground magnetics during the second quarter of the year, beginning this month.

“SolGold has identified and secured the best of an entire copper-gold province, the size and metallurgy of northern Chile. That’s a unique approach that can’t be replicated,” said Mather. “We are confident that Alpala, and now Porvenir are the first projects in a long, large and rich string of them.”

Over the past two years, SolGold has grabbed headlines as it made progress on Cascabel, one of the few new major copper-bearing projects expected to come online in the near future.

Australia’s largest gold producer, Newcrest Mining (ASX: NCM), upped its stake in SolGold in December to 15.33% from 13.83%, to secure a portion of the Cascabel.

The move further boosted Newcrest’s position in SolGold against No.2 shareholder, BHP, which in September had bought a 6.1% stake in the explorer.

Miners are scrambling for copper projects amid forecasts that demand for the metal will significantly outstrip supply from 2020, due to increasing demand for power generation and electric vehicles (there are 300kg of copper in an electric bus and nine tonnes per windfarm megawatt).

According to Colin Hamilton, director of commodities research at BMO Capital Markets, the current copper pipeline is the lowest seen this century, both in terms of numbers and capacity.

“After delivery of Cobre Panama we are left with a gap until we see the next batch of 200ktpa-plus projects in 2022-23. This is when the likes of Kamoa, Oyu Tolgoi Phase 2, and Quebrada Blanca 2 are likely to offer meaningful supply growth,” Hamilton said.

Ecuador has gained ground as a mining investment destination in the past two years, thanks to a revised regulatory framework and a major investor engagement campaign.