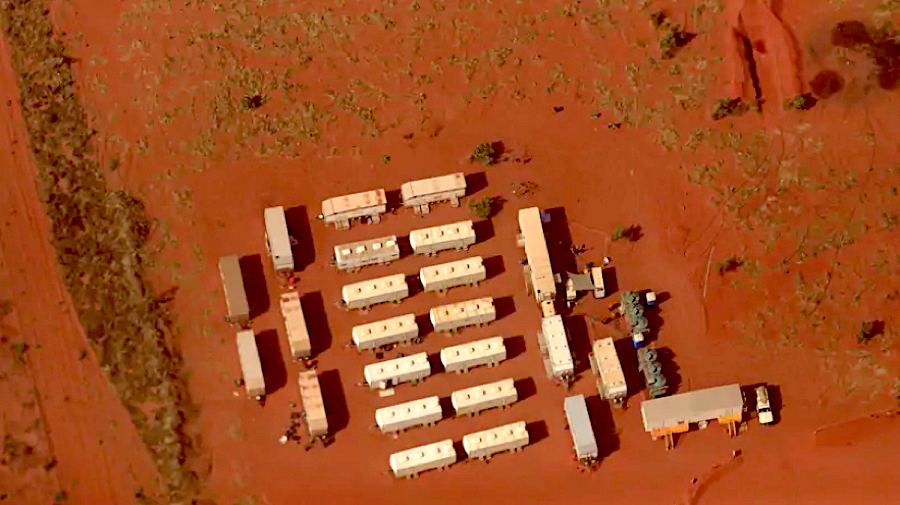 Rio has already applied to build an airstrip to support the operations. (Image courtesy of Rio Tinto.)

Mining giant Rio Tinto (ASX, LON:RIO) is ramping up exploration at its Winu discovery in Western Australia, which could be the company’s next major copper project.

Speaking at conference in Sydney this week, group executive of growth and innovation Stephen McIntosh said the company’s main goal for now is to determine whether Winu was a “Rio Tinto scale” project.

The copper-gold-silver discovery, a potential major boost for the company’s growth options, is about 130 km. from Newcrest’s Telfer copper-gold mine in the East Pilbara. It’s also close to numerous copper prospects discovered recently by juniors and 350 km southeast of Port Hedland, the world’s largest bulk export port.

Rio has so far drilled 24 holes at the site and will continue extensive drilling in months to come as part of its $250 million exploration program. If the company finds that Winu is not a “Tier 1” asset, it would move on to other exploration projects.

Analysts have questioned Rio’s ability to scale up its copper business quickly without making an expensive acquisition. The company recently had to delay first production from the $5.3 billion underground expansion of its Oyu Tolgoi copper-gold-silver mine in Mongolia. Originally scheduled for early 2020, it’s now expected to happen in the third quarter of 2021.

In December, Rio sold its entire interest in the Grasberg mine in Indonesia, the world’s second-biggest copper mine, as part of a deal that put an end to years of disagreements between operator Freeport McMoRan (NYSE:FCX) and the country’s government.

Rio Tinto believes the copper market will go into deficit by 2020 amid expectations that bigger power grids around the world and an electric-vehicle boom will boost demand, while supplies will remain constrained.

Last month, the world’s second largest miner decided to invest a further $302 million to advance its Resolution copper project, in the U.S. state of Arizona, as part of its bid for increasing its exposure to the red metal.

The research group has cut its forecast deficit and now expects the market will be in a small surplus this year and next, but short again by 250,000 tonnes by 2023.