Toronto, Ontario--(Newsfile Corp. - May 12, 2021) -  Conquest Resources Limited (TSXV: CQR) ("Conquest" or the "Company") is pleased to announce the closing of the acquisition of the DGC Property from Teck Resources Limited. ("Teck") (see Press Release dated 2021-03-16). The Company has issued 1.8 million shares to Teck and the subject leases have been transferred to Conquest. The DGC Property is subject to a 2% NSR in favour of Teck.

The acquisition consolidates Conquests extensive land package of over 260 square kilometers where the focus for the Company is to explore and develop copper and precious metal deposits.

A 10,000m drill program is scheduled to commence by the beginning of June. The drill program will test the first 15 high priority geophysical targets that have been identified from the recently completed VTEM-Max and follow-up gravity and AMT geophysical surveys. Prospecting and ground-truthing of the targets is on-going. Data compilation and follow-up prospecting completed in April on some of the IOCG targets identified numerous large quartz veins proximal to the gravity anomalies. Some of these structures have been prospected back in the 1950's and 1960's, where anomalous copper and gold values were reported, however, the operators may have not recognized the significance of these structures as related to IOCG mineralization.

Camp construction is underway and will be completed in the next two weeks. A 10-person camp is being prepared in advance of the drill program for contractors and field personnel.

The technical content of this News Release has been reviewed and approved by Joerg Kleinboeck, P.Geo., a qualified person as defined in NI 43-101.

Conquest Resources Limited, incorporated in 1945, is a mineral exploration company that is exploring for gold on mineral properties in Ontario.

Conquest holds a 100% interest in the Belfast - Teck Mag Project, located in the Temagami Mining Camp at Emerald Lake, approximately 65 kilometres northeast of Sudbury, Ontario, which hosts the former Golden Rose Gold Mine and is underlain by highly prospective Abitibi greenstone geology along a strike length of seventeen (17) kilometres.

In October 2020, Conquest completed the acquisition of Canadian Continental Exploration Corp. which holds an extensive package of mining claims which surround Conquest's Golden Rose Mine, and subsequently doubled its land holdings in the Temagami Mining Camp through the staking of 588 mining cells, encompassing approximately 93 sq km., centered on Belfast Township, on the edge of the Temagami Magnetic Anomaly.

Conquest now controls over 260 sq km of underexplored territory, including the past producing Golden Rose Mine at Emerald Lake, in the Temagami Mining Camp.

Conquest also holds a 100% interest in the Alexander Gold Property located immediately east of the Red Lake and Campbell mines in the heart of the Red Lake Gold Camp on the important "Mine Trend" regional structure. Conquest's property is almost entirely surrounded by Evolution Mining land holdings.

In addition, Conquest owns a 100% interest in the Smith Lake Gold Property of six patented claims and 181 staked mining claims to the north, west and south of the former Renabie Gold Mine in Rennie Township in northern Ontario, operated by Corona and Barrick that had reported gold production of over 1,000,000 ounces between 1947 and 1991 (Northern Miner March 4, 1991).

Forward-looking statements. This news release may include certain "forward-looking statements". All statements other than statements of historical fact, included in this release, including, without limitation, statements regarding the completion of the Acquisition and the Consolidation, the release of escrowed funds, future cash on hand, potential mineralization, resources and reserves, exploration results, and future plans and objectives of Conquest, are forward-looking statements that involve various risks and uncertainties. There can be no assurance that such statements will prove to be accurate and actual results and future events could differ materially from those anticipated in such statements. Important factors that could cause actual results to differ materially from Conquest's expectations are exploration risks detailed herein and from time to time in the filings made by Conquest with securities regulators. Neither the TSXV nor its Regulation Services Provider (as defined in the policies of TSXV) accepts responsibility for the adequacy or accuracy of this release.

To view the source version of this press release, please visit https://www.newsfilecorp.com/release/83662 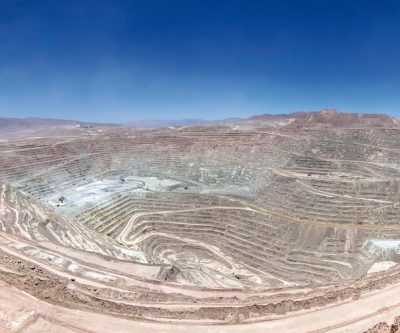 The project is located along the prolific West Fissure fault system, near the open-pit Escondida mine.
MINING.COM Staff Writer | June 10, 2019 | 6:48 am 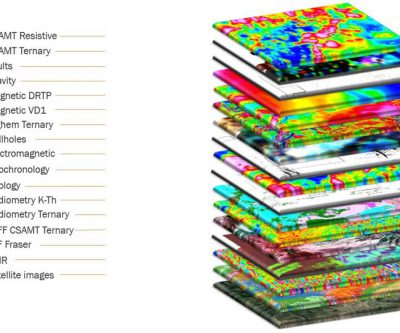 Goldspot partners with Pacton on AI exploration at Red Lake

Market reaction to the partnership was positive: Goldspot’s stock was up 4%, and Pacton’s stock was up on the CVE Friday afternoon.
MINING.COM Staff Writer | June 7, 2019 | 3:06 pm 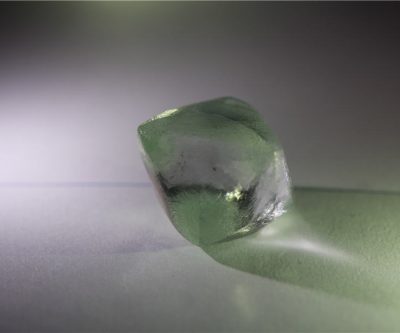 BlueRock owns and operates the Kareevlei Diamond Mine in the Kimberley region of South Africa.
MINING.COM Staff Writer | June 7, 2019 | 1:52 pm 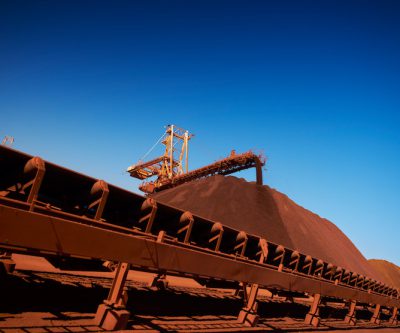 The Australian miner released risk assessment results in response to pressure from a group of investors that requested information on facilities controlled by nearly 700 mining companies be disclosed.
MINING.com Editor | June 7, 2019 | 11:51 am

Chalkstone was born out of counter-insurgency tactics used by troops in Afghanistan, but its unique methodology is now being used by miners, which can map-out power structures and counter the potentially crippling risk of strikes and political opposition.
Cecilia Jamasmie | August 7, 2017 | 4:12 am