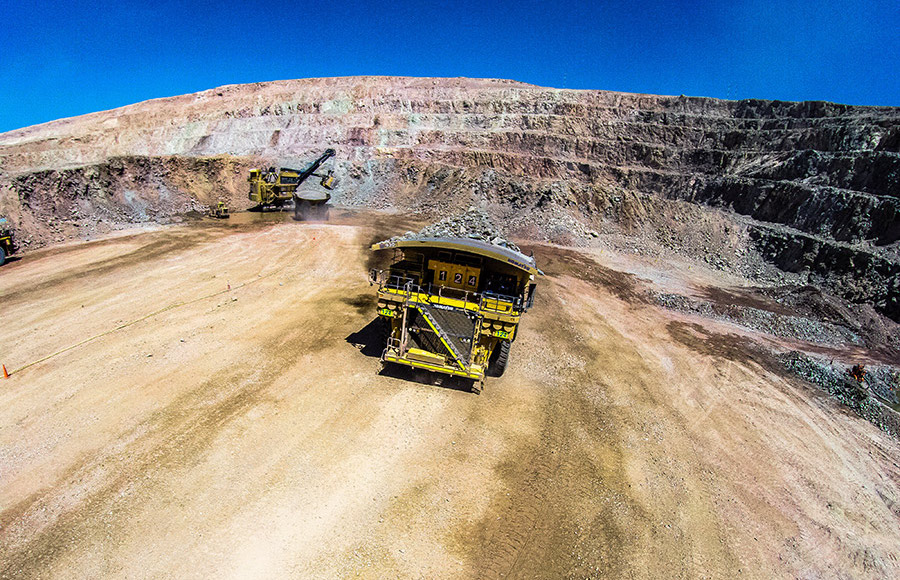 Sierra Gorda mine is located in the richest copper basin in Chile – the Atacama Desert in the Antofagasta region. (Image courtesy of KGHM.)

Polish miner KGHM (WSE:KGH), Europe’s second-largest copper producer, hit record output in the first three months of the year, thanks to improved production at its European and North American operations.

The state-controlled company, which has been criticized for the steep investment allocated to developing the  Sierra Gorda copper mine in Chile ($5.2B and counting), churned out 142,000 tonnes of copper in the first quarter of the year. That represents a 28% increase when compared to the same period in 2018.

The miner, which is in the midst of reviewing all of its foreign mining projects (excluding the ones in Chile), also posted its best quarterly results in the last three years, with revenue rising by PLN 1.2 billion (about $312 million).

KGHM attributed the performance improvement mainly due to a higher volume of sales of copper and silver, as well as a more favourable exchange rate.

“The best EBITDA by the Group in a year, the best production results by KGHM Polska Miedź S.A. in three years, and finally the higher net profit are the result of the consistent implementation of the Strategy of KGHM adopted last year,” board president Marcin Chludziński said in a statement.

Pawel Gruza, deputy chief executive in charge of foreign assets, noted the company expected to keep up the good results on the back of Sierra Gorda, which is expected to produce more copper than originally planned this year, while keeping capital expenditure (capex) below target.

The operation, a joint venture 55% owned by KGHM and 45% by Japan’s Sumitomo Metal Mining Co Ltd, began production in July 2014 with an expected output of 220,000 tonnes of copper a year once an expansion was completed.

The Polish miner grabbed the copper and molybdenum asset in 2012, after completing the acquisition of Canadian rival Quadra FNX, in what was the largest-ever foreign acquisition by a Polish company.

The company had planned to expand Sierra Gorda earlier, but the 2015-2016 rout in commodity prices forced the company to place the project on the backburner.

Last year, KGHM was granted environmental approval for a $2B expansion and upgrade of the mine, which would extend its productive life by 21 years. Despite the permit, the company placed the project in the back burner and has not revealed any intention to resume it.

The improvements would have included increasing the capacity of the facility’s mill from 190,000 tonnes to 230,000 tonnes per day, though overall production of copper cathodes will stay at 55,000 tonnes.