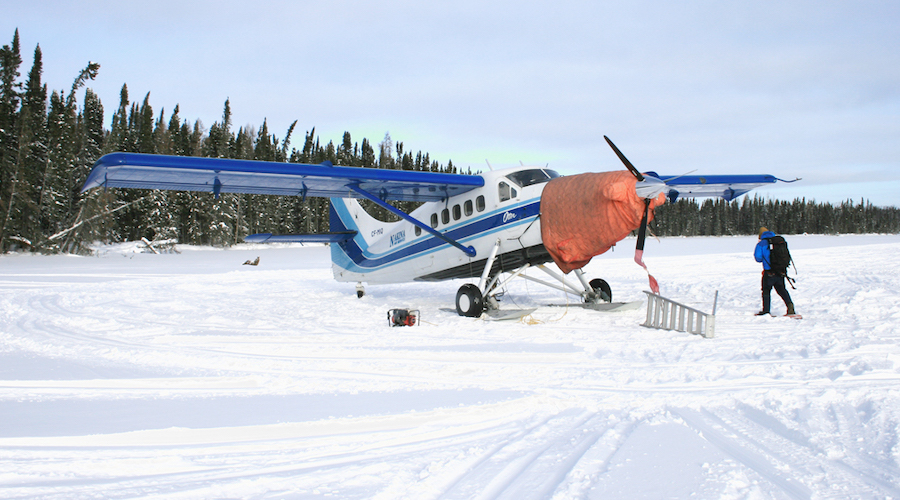 In a press release, the miner said the discoveries represent a critical and important advance in defining bedrock-hosted high-grade gold mineralization, necessary to yield the unique world-class gold grain-in-till dispersal apron and high-grade boulders defined and recovered within the Big Dam area, one of the three management zones into which the property has been subdivided.

According to Northern Superior, the structures have the potential to host economic deposits of gold because they have elevated gold values in widths of up to 20 metres, mineralized alteration envelopes with widths up to 30 metres, and a strike length of up to 2 kilometres, defined by tying mineralized structure to geophysical signature.

“The drill core assays reported here do not reflect the anomalous gold grain-in-till values or the high-grade gold boulder assays previously reported for the Big Dam area,” T.F. Morris, Northern Superior’s president and CEO, said in the media statement. “It is very important to put into context the size of this core program relative to the target area. With only 15 core drill holes, diameter of each only 5 centimetres completed, it is impressive that eight gold-bearing structures and associated alteration zones were intersected in an area of over eight square kilometres.”

Morris emphasized that the mandate of the company’s winter program was met as the goal was to define a regional-scale, bedrock hosted mineralized system capable of hosting economic concentration of gold as indicated by the unique regional scale gold signature observed within the overburden associated with the Big Dam area.

“The results of this program provide an important opportunity to focus the next phase of drilling along the most prospective structure, defined from further analysis of the results,” the executive said. “The purpose of that drill program, on this part of the property, will be to identify and define one or more of the gold-bearing zones responsible for yielding the anomalously high gold grain values and high-grade gold-bearing boulders recovered from the surface environment.”

TPK is considered to host the largest gold grain-in-till dispersal aprons in North America. It occupies 442,669 hectares and sits 15 kilometres west of the Ring of Fire and 190 kilometres northeast of Pickle Lake.