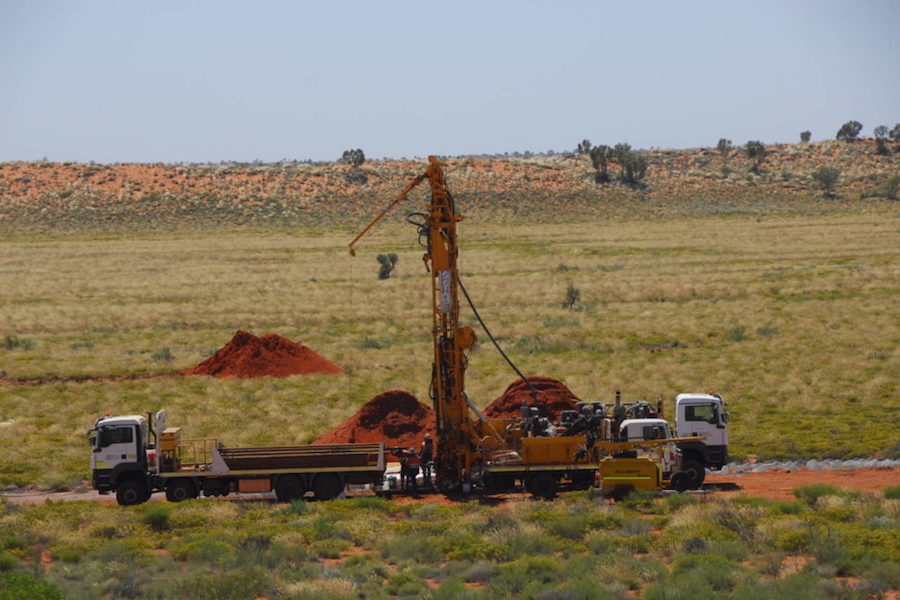 The Havieron prospect is strategically located 45km east of the major Telfer gold mine, and 500km east of rail and port infrastructure at Port Hedland. (Image: Greatland Gold.)

The exploration activities, part of a joint venture the two companies signed in March, aim to define the extent of mineralization along strike and at depths to 1,000m below surface.

The work is being fully funded by Newcrest, which has committed to spend $5 million on Havieron over the next 12 months.

The farm-in deal gives Newcrest the option to acquire 70% of the project by spending $65 million on exploration and development over five years.

Newcrest plans to process any ore from the Havieron site at its Telfer mine, located only 45km west, the company said.

“Greatland’s 2019 exploration program in the Paterson region is advancing on a number of fronts, with a detailed aeromagnetic survey planned at Paterson Range East, and a 6,000 metre drilling program expected to commence at Black Hills within the next few weeks,” Heddle said in the statement.

The Paterson region hosts several large gold and/or copper deposits such as Nifty, Winu and Newcrest’s own Telfer. The world’s second largest mining company, Rio Tinto (ASX, LON:RIO), is very invested in the area and its recent application for nearly 30 exploration licenses has sparked a stampede into adjacent lots by other explorers, who see the miner’s aggressive activity as an indicator of a highly promising find.