McEwen kicks off commercial production at Gold Bar in Nevada 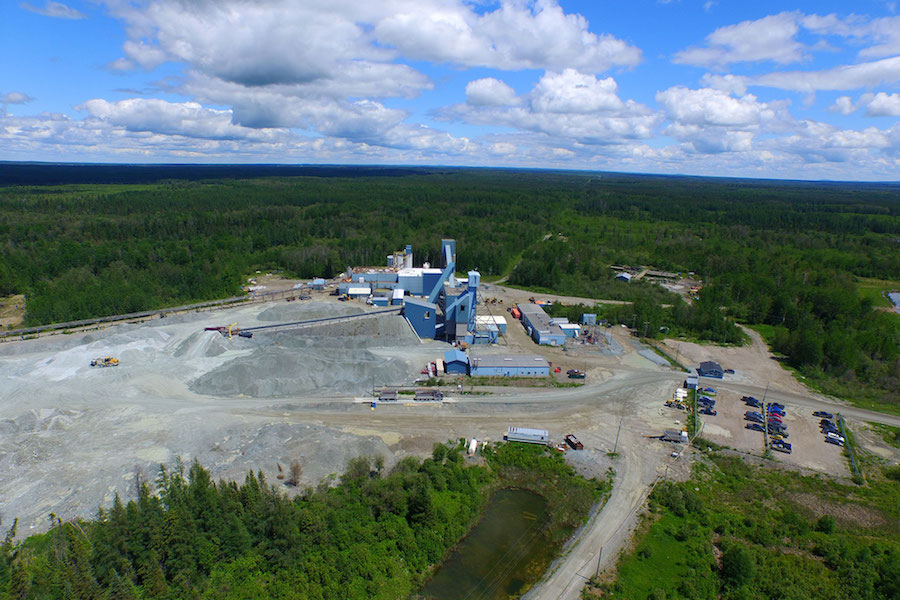 Canadian precious metals producer McEwen Mining (TSX, NYSE:MUX) said Thursday it had begun commercial production at its Gold Bar project in Nevada, US, which is expected to generate 50,000 bullion ounces this year.

The Toronto-based miner also said Jack Henris will be in charge of operations. Henris has years of experience in mine management, having worked at Newmont for 12 years and at Barrick for nine. Most recently, he held the vice president of mining and geotechnical position at Goldcorp.

Gold Bar is located in the southern Roberts Mountains within the Battle Mountain-Eureka-Cortez gold trend, about 48km (30 miles) northwest of Eureka, central Nevada, and covers an area of  97 sq. km (37 square miles) contained in 1,196 claims.

The property was previously mined from 1987 to 1994 by Atlas Precious Metals Inc., and the permitting process for McEwen’s project began in 2012.

President and chief operating officer, Chris Stewart, said the company plans to begin modifying the ore crushing and stacking system this summer to mitigate the impact of challenging winter weather like the 2018/2019, which was the wettest winter ever recorded in the US.

Once at full-tilt production, the open-pit mine is expected to generate 65,000 ounces of gold annually over an eight-year mine life.

Over the past four years, founder Rob McEwen — one of the gold’s industry’s best-known bulls — has been aggressively working on expanding the company, which already has producing mines in Mexico, Argentina and most recently in Ontario, Canada.

His goal is to take McEwen Mining to Standard & Poor’s 500 Index, which groups the 500 largest companies that list either in the NYSE or NASDAQ.

The Canadian resources magnate aims to get there through a combination of organic growth in production, as well as mergers and acquisitions.

In 2017, McEwen acquired junior exploration company Lexam VG, which gave it access to mineral properties in advanced exploration stage in the heart of Timmins Gold Camp, northern Ontario. Later that year, it completed the acquisition of Black Fox mine and, by December, it announced it was speeding up exploration activities at its newly acquired properties near Timmins.

In January, McEwen said exploration at its Timmins properties would be a priority for the company in 2019, adding that it had set aside C$20 million for that purpose.

The miner recently conducted a drilling program on the Black Fox property with the intention of expanding known mineralized trends near existing mining areas.

They expanded laterally, along the Black Fox Mine’s western flank and central mine and down-plunge at the Deep Central Zone below the 820-metre level.

“For a mine with a history of producing 5 grams per tonne of gold, these drill assay results are very encouraging. These results highlight the significant potential of our exploration to extend the mine life at Black Fox and improve its profitability,” Sylvain Guerard, McEwen’s senior vice-president of exploration, said in a separate release.

McEwen also noted that results of drilling at Grey Fox, an exploration property located within the Black Fox area, suggests a new mineralization.