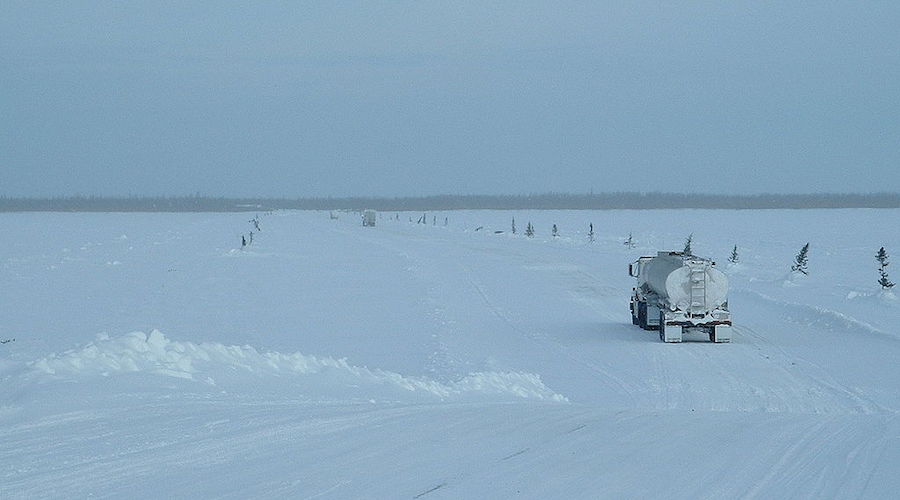 The Ogoki and Kagiami projects are located in the Wabassi and Albany River area of the James Bay Lowlands of Ontario. Pictured here are vehicles crossing the Albany River in the winter. Reference photo by Rev40, Wikimedia Commons.

The Ministry of Energy, Northern Development and Mines has issued 10 exploration permits to Golden Share Resources (TSXV: GSH) for drilling targets within the Ogoki project and the Kagiami project, located in the Wabassi and Albany River area of the James Bay Lowlands of Ontario, Canada.

The permits allow the Markham-based miner to make plans to drill the 14 of 15 possible kimberlite pipe targets of the Ogoki project and 1 of 3 base metal targets of Kagiami project.

Golden Share has signed an exploration agreement with Marten Falls First Nation, in whose traditional territory the properties are located.

Ogoki is in the eastern portion of the Archean Miminiska-Fort Hope greenstone belt where it disappears beneath Paleozoic cover in the James Bay lowlands.

According to Golden Share, to date, the only documented mineral occurrences in the project area are Algoma-type iron formation deposits.