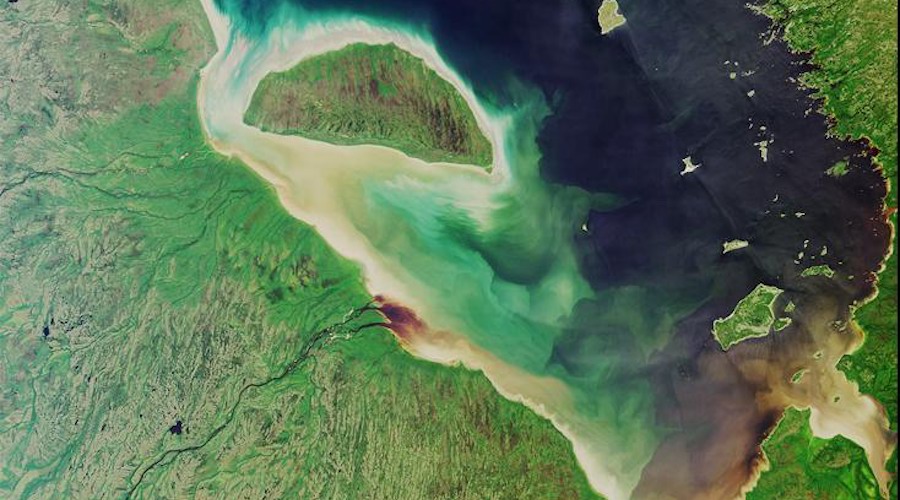 The Basking project is located near the western edge of the James Bay Lowlands. Pictured here is a satellite image of James Bay. Photo from Wikimedia Commons.

In a press release, the miner said that Basking, which is made up of four small non-contiguous claim blocks totaling 34 single cell mining claims, was acquired through map staking.

The project is located near the western edge of the James Bay Lowlands and about100 kilometres north-northwest of the Ring of Fire nickel and chromite deposits in northern Ontario.

According to Golden Share, two of the Basking claim blocks are centred on base metal targets in an area of linear, northwest-trending magnetic axes immediately north of an interpreted belt of metavolcanics north of the North Kenyon fault.

“The other two claim blocks are diamond and/or base metal targets (coincident EM and magnetic anomalies) in mafic to ultramafic intrusives just south of the North Kenyon fault,” the media statement reads. “It has an aeromagnetic signature similar to other important structural features in the Superior Province that are known to host important gold mining camps.”

The Markham, Ontario-based firm said that following small confirmatory airborne or ground geophysical surveys, all four targets should be ready for drill testing.