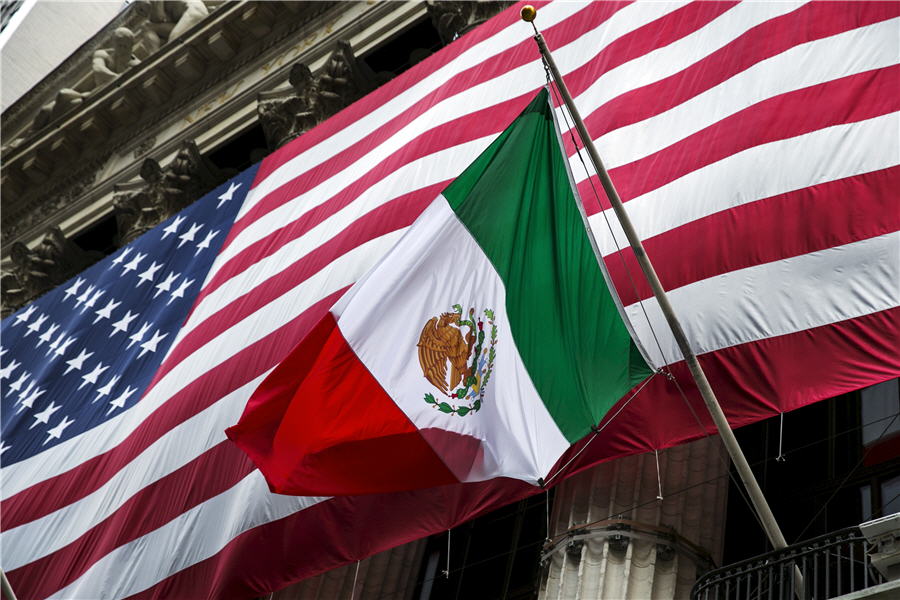 Gold prices dropped nearly 1.2% on Monday morning, slipping from a 14-month high of $1,348.08/oz in the previous trading session, as concerns over a potential US-Mexico trade war began to fade, prompting investors to sell off the precious metal and turn to riskier assets. US gold futures also fell 1% to about $1,333/oz.

“Global equities are rallying across the board and we are seeing liquidation on safe haven demand,” Phillip Streible, senior commodities strategist at RJO Futures, said.

The impact of Trump’s decision was evident: the dollar subsequently appreciated, Wall Street began the week in the green, and some commodities excluding gold (palladium, platinum, etc.) saw gains to start the trading session.

“All the dominant asset classes have a question mark over them at the moment, which is generally when gold comes into play,” comments Rhona O’Connell, head of market analysis for EMEA and Asia regions at INTL FCStone.

Nicholas Frappell, global general manager at Sydney-based ABC Bullion, even pointed out the possibility of gold prices hitting $1,400 this year.

According to data compiled by the Commodity Futures Trading Commission, bullish positioning by speculators in COMEX gold futures more than tripled during the week ended June 4, suggesting that the liquidation of gold could be a short-term ordeal.