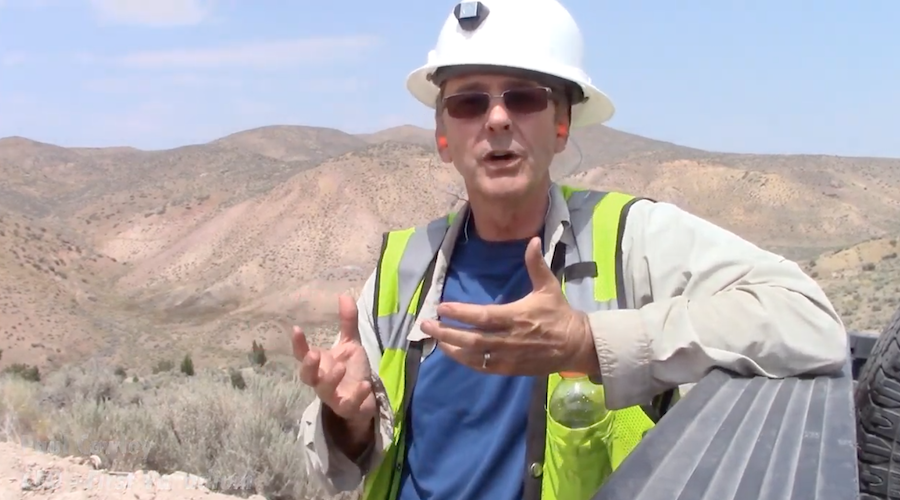 First Vanadium (TSXV: FVAN) reported this week positive results from 17 confirmation drill holes within and along a 1,220 metres corridor of mineralization at its Carlin vanadium project.

The project is located 6 miles south of Carlin city and consists of 72 unpatented mining claims covering 1,140 acres. It was explored and drilled by Union Carbide Corporation in the late 1960s and such exploration resulted in a defined vanadium resource. The deposit is considered the largest, highest grade primary vanadium deposit in North America.

“We continue to be pleased with these drill results that reinforce continuity of a thick, shallow, near horizontal bed of high-grade vanadium mineralization, correlating well to the nearest previous drill holes and improving drill density. Remaining drill assay results from an additional 25 exploratory holes are expected to be released next week,” Paul Cowley, First Vanadium President and Chief Executive Officer, said in the media brief.

Cowley also highlighted the reasons behind his company’s decision to invest in the transition metal. “Vanadium is growing in importance for key industrial manufacturing sectors most notably steel and renewable energy. Today, more than 90% of the world’s vanadium is used in steel manufacturing applications. Its importance to the energy sector is also growing rapidly with more than 5% of vanadium production used in energy storage where its substantial cost and performance benefits make it an alternative choice to lithium ion in several areas,” he said.