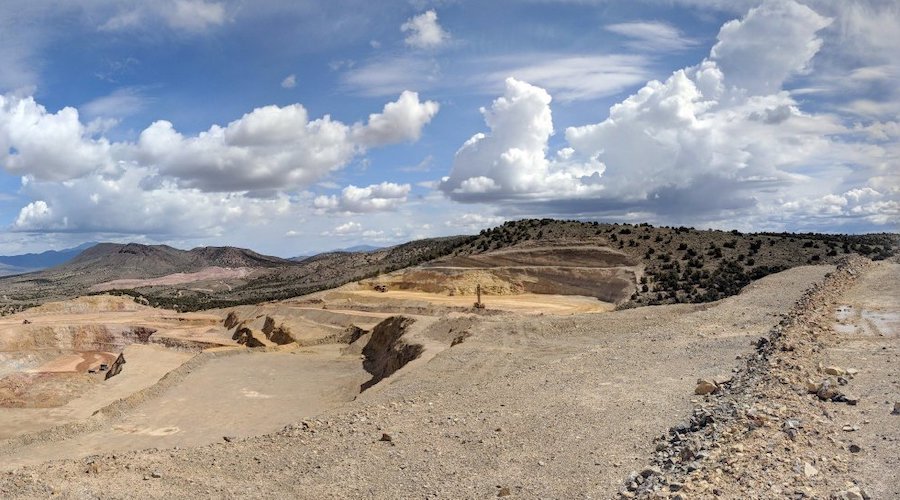 The Gold Rock project is located some 13 kilometres southeast of Fiore’s Pan mine, pictured here. Photo by Fiore Gold.

In a press release, Fiore said that the work is aimed at supporting a Preliminary Economic Assessment targeted for the end of the year, which should lead to a construction decision by mid-2021.

The company is planning approximately 10,000 metres of core and reverse circulation drilling to expand the existing resource, upgrade inferred resources to measured and indicated, and collect samples for orebody characterization and metallurgical testing.

It is also planning to run metallurgical testing to determine the most economical recovery method and establish expected gold recoveries.

“We’re especially pleased that we are able to fund the work internally thanks to the strong performance of our nearby Pan Mine,” Tim Warman, Fiore’s CEO, said in the media statement. “With the federal permits for mining and processing issued last year, the timeframe for development of Gold Rock is largely in our hands.”

Gold Rock is located some 13 kilometres southeast of Pan and it is one of the few federally-permitted development projects in Nevada. It received its Record of Decision in late 2018 from the United States Bureau of Land Management for the construction of a mine, process facilities and other infrastructure.