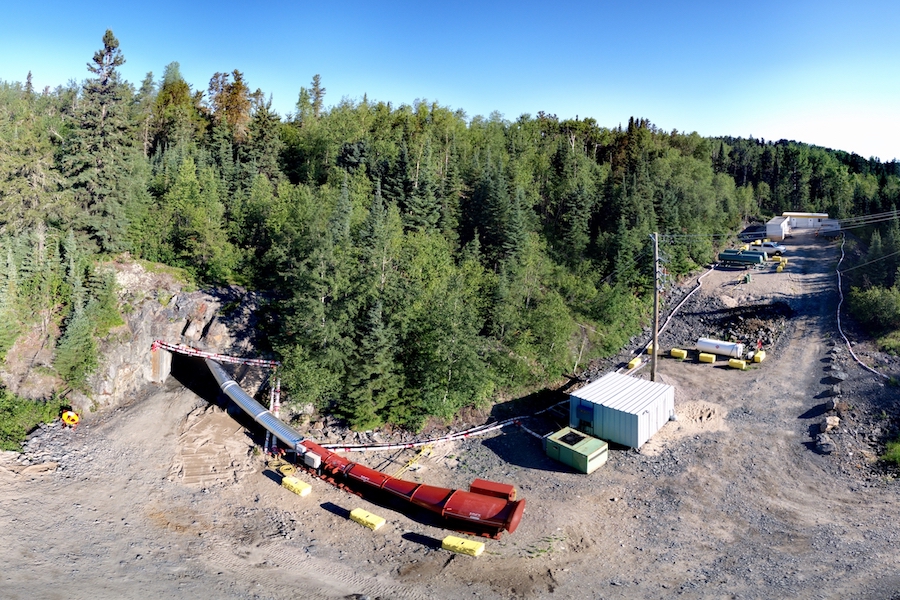 Canada’s Pure Gold Mining (TSX-V: PGM) has begun trading on the main market of the London Stock Exchange under the ticker PUR, in a move aimed at lifting the company’s international profile ahead of its transition to producer from developer.

The Vancouver-based miner, which is advancing a high-grade gold project in Ontario, believes a dual listing will give it access to a much broader pool of international capital, at a time when junior miners in Canada are having a hard time competing with the booming cannabis sector.

Interest in the emerging business, which spiked after Canada legalized the recreational use of cannabis in October, has been sucking investment capital away from the mining sector, and hitting juniors hardest, a recent study by BDO shows.

While the report doesn’t prove a direct correlation between the rising of investment in the cannabis sector and the decline in junior miners, it did find that financing for TSX and TSX-V listed juniors has decreased in the past year.

The main problem, BDO’s Sherif Andrawes says, is that investing in mining exploration faces the risk of demand ultimately outstripping supply, with the consequent price spikes and market volatility. Forecast consumption of metals in a world driven by the electrification of industries will inevitably go up. Without junior miners being able to secure the right capital, however, the industry “will forever be stuck in the boom-bust cycle,” BDO warns.

“Today marks an important new chapter for the company,” Pure Gold’s president and CEO, Darin Labrenz, said in a statement. “We have already had good interest shown by European investors [but] we look forward to broadening our shareholder register as we approach our first phase of production.”

The mine plan envisions a combination of methods from conventional cut and fill (59%), mechanized cut and fill (16%) and longhole mining (25%).

The PEA also demonstrated the potential of these deposits to add C$51-million to the Madsen project after-tax net-present value (NPV) of 5% at an internal rate of return (IRR) of 39%.

At peak production, the mine is expected to yield about 125,000 ounces of gold with average annual production in years three through seven of approximately 102,000 ounces.

Madsen has an estimated mine life of just over 12 years.