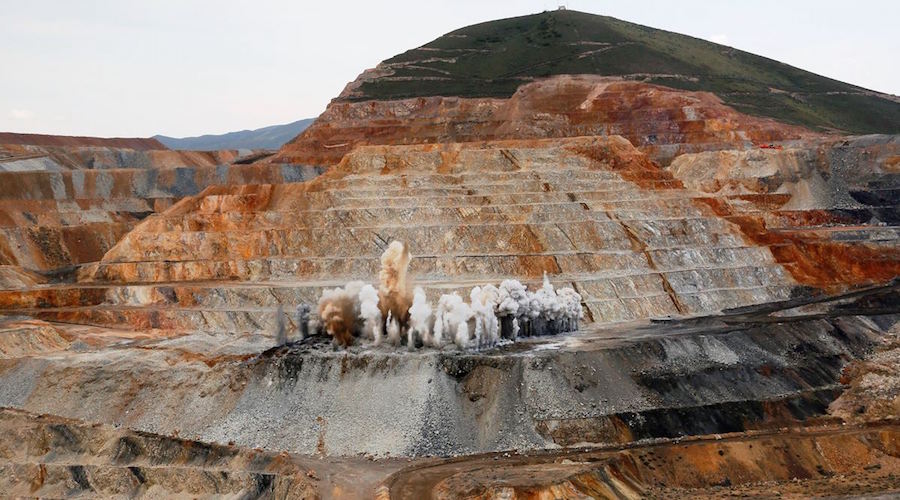 Barrick forecasts over $7 billion in pre-tax savings over 20 years, based on net present value — $4.7 billion of which will come from Nevada. (Image Carlin mine, in Nevada. Courtesy of Newmont.)

Canada’s Barrick Gold (TSX:ABX)(NYSE:GOLD) and U.S. rival Newmont Mining (NYSE:NEM) are working hard on persuading their respective top investors that a merger of the companies is the best, or the worst, option for them.

Barrick launched its hostile bid for Newmont on Monday, and updated its presentation on Thursday, adding more information on the expected synergies and benefits of the deal.

Barrick chief executive Mark Bristow reiterated that acquiring the Colorado-based company would create up to $7 billion in synergies, with $4.7 billion coming from Nevada, where both companies have massive mines and exploration projects.

Bristow wants Newmont shareholders, including BlackRock Inc., VanEck, and Flossbach von Storch AG to back its no-premium hostile bid for the miner.

According to Andrew Cosgrove, an analyst with Bloomberg Intelligence, the top 20 holders in Barrick, who own 55% of total shares outstanding, also own 91% of Newmont’s shares. So if Bristow’s power of persuasion works on them, Newmont will be forced to scratch its $10 billion agreement to buy Goldcorp (TSX:G) (NYSE:GG). 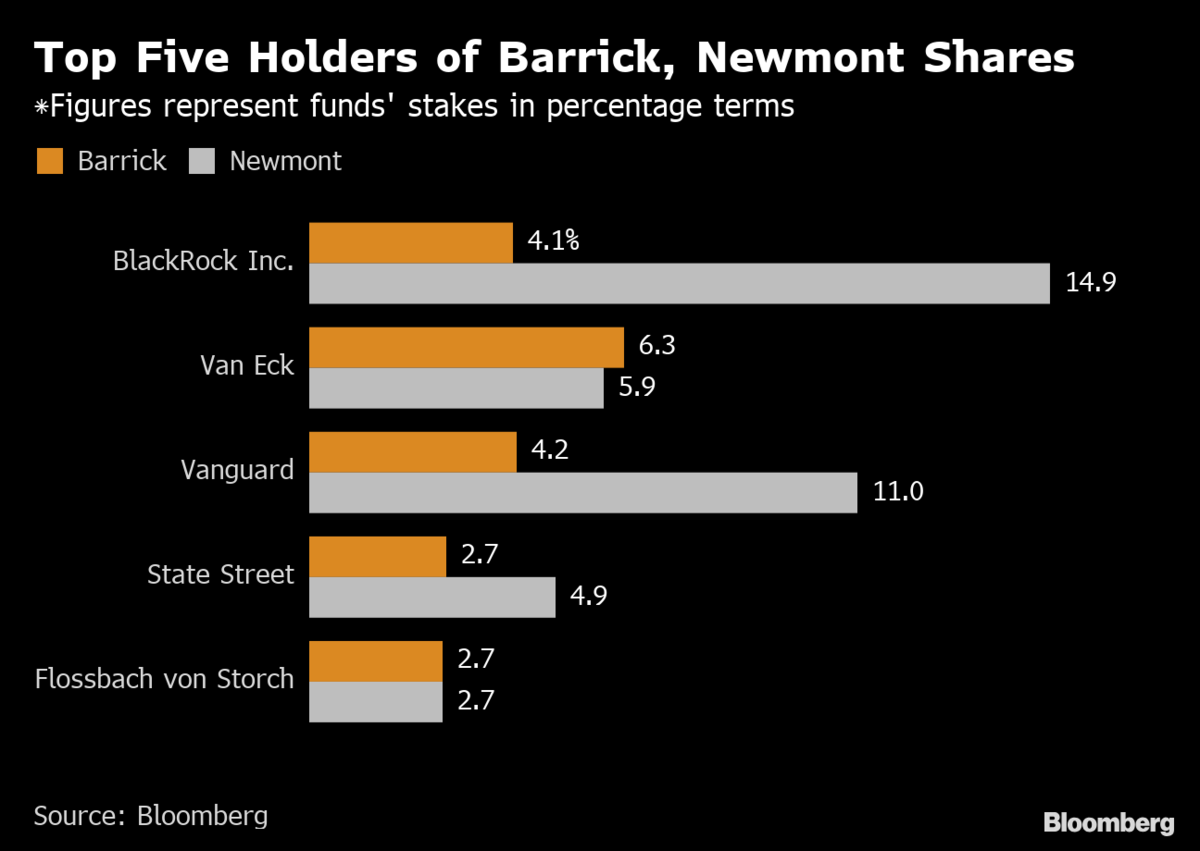 There’s no consensus among analysts about what the best outcome would be. For Michael Dudas from Vertical Research Partners, Barrick’s all share-no premium deal, currently priced at an 8% discount, may require a reset.

While the experts acknowledged that the synergy potential in Nevada for the companies could be “quite healthy,” he said that the proposed arrangement “would heighten overall execution risks presented to a new management team in the early stages of integrating Barrick and Randgold’s portfolio.”

Rejection in the cards?

Analysts at Canaccord agree, adding that the potential benefit outlined by Barrick appeared to be too high, particularly in Nevada.

In its updated slide presentation titled “Capturing the Missing Billions,” however, Barrick argues that synergies “are the premium.”

“Newmont’s CEO admitted he hasn’t reviewed the opportunity since 2014, and only then a high level review for a couple of days,” the presentation says.

“Nevada JV is not the right path forward. [It] would not enable full realization of benefits due to duplicate administration, conflicting priorities and cumbersome governance,” Barrick notes.

“It might be hard for Newmont to swallow, but there’s huge synergies,” Robert McEwen, now the chairman and chief owner of McEwen Mining said in an interview this week. “But they’d also become such a mega producer – the distance between them and everybody else in the industry becomes a big question of, what happens next?”

A deal between the two world’s largest gold miners would create a $42 billion-global mammoth, leaving Australia’s Newcrest Mining (ASX:NCM) as the world’s No.2 producer of the precious metal, with a current value of about $14 billion.

It would also bring into question Barrick’s ability to integrate another miner, as the company has just completed the acquisition of Randgold.  The Canadian miner, however, highlighted it had outperformed Newmont by 20% since the move was announced in September.

Should Newmont’s shareholders choose to go ahead with the planned acquisition of Goldcorp instead, the Colorado-based firm would become the world’s biggest, with Barrick grabbing the second place and Newcrest the third.