Alba to acquire five vanadium, uranium properties in the US 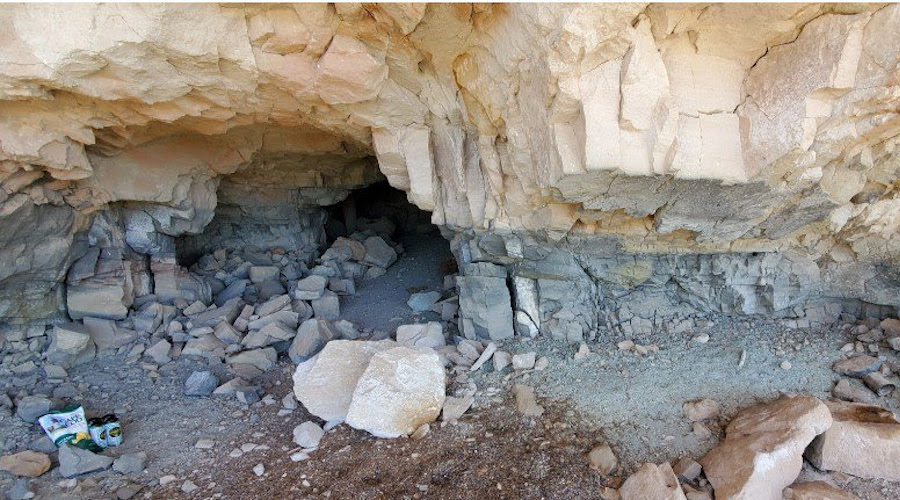 The Yellow Circle property has some historic underground workings like the one pictured here. Vanadium mineralization is visible, denoted by the dark grey to black coloration. Photo by Alba Minerals.

Alba Minerals (TSX-V:AA) announced that it entered into an agreement with Journey Exploration to acquire all of its issued and outstanding share capital.

The logic behind the buyout is that Journey holds a 100% interest in five prospective vanadium and uranium properties in Colorado and Utah.

According to Alba, the projects are in and adjacent to the Uravan Mineral Belt in which extensive prospecting, exploration, drilling and ore production has occurred for vanadium, uranium and radium since 1881.

“All five of the properties involved in the agreement were significant producers of vanadium and uranium during the last century,” the miner said in a media statement.

In the same document, Alba explained that one of the properties is called Yellow Circle and it is comprised of 96 mineral claims covering 828 hectares and located approximately 24 kilometres southeast of Moab, Utah.

“The claims cover an area of previous mining where vanadium and uranium ores were produced from the Yellow Circle Group of Mines,” the press release reads. “Many of the underground workings remain accessible.”

The Vancouver-based company said that even though total production is unknown, in 1943, mines within the claims area were credited with 1,473 tonne of ore averaging 1.65% V2O5. “Beginning in 1949, records of the U.S. Department of Energy indicate that the Yellow Circle area produced about 57,000 tonnes of vanadium-uranium ore,” the media brief states.